Thai food is a wonderful cuisine with a host of cultures contributing to amazing meals - where are the best places to get great Thai food in the US? 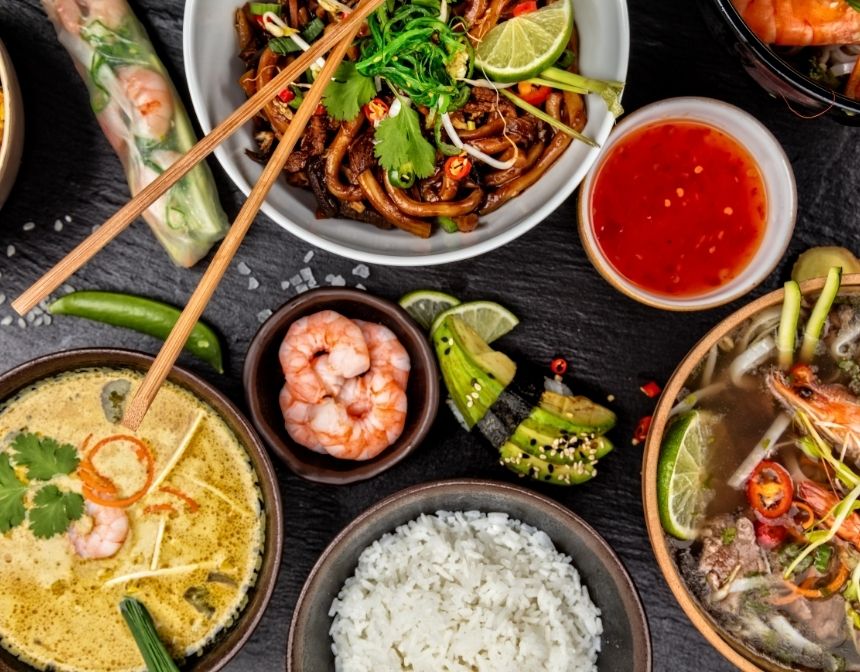 There are a number of things that make a great Thai restaurant - heat, great ingredients, great noodles to name a few. If you’re in the US, you might be willing to travel a way for the best Thai Cuisine places in the country, so let’s run down a list of which ones are the best.

Within San Fran, there are three restaurants all owned by Tom Silargorn, and Lers Ros is one of them. The menu is long and detailed - featuring over 120 dishes, most of which are under $10.

The interiors of the restaurants are modern and up-to-date in every way. The diners are always pleasantly rambunctious, and their chatter is nearly as loud as the flavors in the food. When you’re there, try to get some of the whole crispy whitefish with blazing chiles - it’s hot but my goodness it’s amazing!

This spectacular restaurant overlooks a bustling street and has a large open kitchen, which allows you to experience culinary traditions that are widely practiced throughout Southeast Asia. On top of that, it adds to the rich, lively atmosphere of the place spectacularly.

Make sure to try out the khao soi gai. It’s a spicy chicken and crispy noodle coconut curry, serving alongside pickled mustard greens. It takes three hours to make, but only a few moments to demolish.

This amazing spot has a place on its menu for dishes from all over Southeast Asian Cuisine - allowing you to truly experiment and see the difference between similar but oh-so-different ingredients.

We really love the meals that hail from Northern Thailand, for example, the amazingly decadent peppery green papaya salad. It sounds like something that might be a little underwhelming, but there’s something about eating this fruit that’s just… different. We can’t get enough!

The setting is warm and rich, with reclaimed wood, Thai motorcycle license plates, and fish traps making appearances throughout.

This amazing restaurant serves food that you can only understand if you know a little personal history about the chef. Mark Fischer studied at Sailors Thai in Sydney and has been on multiple research trips across Thailand. This learning experience took him from being someone who had never cooked Thai food to serving plates of food that’s not quite fusion, authentic, or a copycat.

The food is best described as a love letter to Thai food and cooking methods, which we adore when it’s done as well as this. We’d recommend trying out the green curry with chicken - it’s a simple dish, but executed exceptionally well.

This restaurant is known for imposing some aggressive levels of spice onto its patrons - it’s quintessentially Thai. The spot is in the heart of the Thai community in queens and is near a Thai Buddhist temple.

We’d recommend the wonderful Kaeng som curry that is sourced with a rich, delightful tamarind paste - it’s to die for!

Photo By Lotus of Siam Restaurant

In Vegas, there are a number of treasures that are hidden off the strip, and they’re almost all worth seeking out - this is one of the ones that you’ll want to find. The food served there has won awards for being the best Thai food in America and is amazingly styled and served. It’s family-style recipes that have been passed down through multiple generations - so you know that the food you’re eating has some historical fingerprints on it.

Try the nam kao tod - it’s a salad of crispy rice, fried peanuts, and sour sausage. It’s a wonderful meal unlike anything that we’ve ever had before, and we can’t get enough of it!

This market is a wonderful place with a tiny kitchen that specializes in incredible food. There are five spice levels, from mild to ‘1000 peppers’, and the food will blow your head off if you let it. Most of the dishes are cheap indeed - being under $8 means that it’s cheap and tasty to get a quick fix of amazing Thai food.

Try out the kee mao while you’re there! It’s rice noodles that have been spiked with basil, cherry tomatoes, and chili sauce. It’s a great entry point for some of the more complex items on the menu, and it’s utterly delicious in itself.

If you hadn’t guessed from the name - people come to Pok Pok for the chicken wings. They’re deep-fried and smothered in wonderful sticky fish sauce. However, once people are there, they tend to stay for the traditional Thai dishes.

The restaurant focuses on Northern and Northeastern Thai street food, meaning that dishes like coriander-rubbed grilled boar collar are ubiquitous and utterly incredible.

This amazing family-owned business has been a favourite of the locals since 1998. Across all of Maryland, nowhere manages to hammer home the amazing flavors of Thai food quite as well as this place.

If you can get in (there are only 12 tables) we’d recommend trying out the yum watercress salad. It’s made up of deep-fried greens as well as shrimp, squid, onions, and cashews.

This small spot is dominated by rich wood and beautiful paneling, making the entire place feel cozy and homely. The eponymous May came to America to learn English and then return to Bangkok. Instead, she opened a restaurant!

We’d recommend trying out some Thai classics to see how a master makes them. For example, the house green curry is amazing. It’s made from scratch with green chiles, Thai eggplant, coconut cream, and Kaffir lime skin imported from Thailand. A spectacular spot!

This chicken and shrimp Pad Thai recipe is exotic, fresh, light, and deceptively easy to make. The easy pad Thai recipe uses only a handful of pantry ingredients...

5 Foods That Help with Forgetfulness

If you frequently say the sentence "I had to do something but I forgot" during the...

Most Popular Types of BBQ

Over recent years, more and more people have been getting into different BBQ trends...

Lettuces are one of the most versatile leafy greens on the planet. There are many...

At the beginning of each year, we set ourselves new goals and prepare to-do lists....