Pizza is one of the most beloved fast foods out there, and we all deserve to get the best pizza we can. 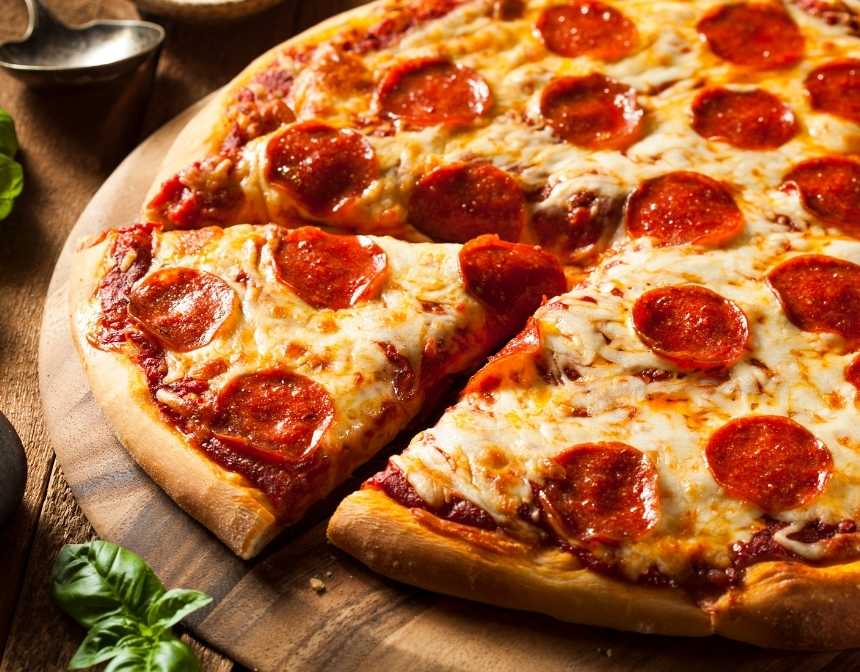 There’s an awful lot of pizza out there, some of it good, some of it bad, but all of it an exercise in doing the impossible: perfecting a very simple dish. Everyone has their own opinions on pizza chains, and in this article, we’re going to be talking about the best and worst bits of the biggest pizza chains out there.

Because of how simple pizza is to make, there’s no way to say who was the first person to combine dough, cheese, and tomato in the way that we would all recognize today. With that said, however, there is a person to whom a lot of credit is typically given: Raffaele Esposito.

The baker from Naples is often given credit for making the first pizza that we would consider to be a modern-style pizza pie. With that said, there had been street vendors in the area selling flatbreads with various toppings for years before that, so whether Esposito came up with the idea is up for debate.

What was the first pizza chain in the United States?

Pizza chains were almost inevitable from the moment that pizza was created - the food is adored by hundreds, and guaranteed to get people into your restaurant. The first company to realize that the pizza chain model would be a great idea was Pizza Hut.

The Hut first opened up their doors in the US in 1958 with a very modest start - their first joint had only twenty-five seats.

Who has the healthiest pizza?

When considering generally unhealthy foods like pizza, the best way to say which food is healthiest is to ask ‘which one has the largest number of good things added?’ rather than ‘which one has the smallest number of bad things added?’. For this reason, pizzas that win out as the healthiest in a given bunch are typically pizzas that have a large number of vegetables added to them, such as Pizza Hut’s long-standing Veggie Supreme.

Pizza Hut actually does have the healthiest pizza - their Hand-Tossed Veggie Lover’s Pizza was, in September 2020, found to be the healthiest slice. It had very low sodium (compared to other pizzas of a similar makeup), and was low in calories to boot.

How to reheat pizza?

The best way to make pizza fresh is to ensure that it receives a good amount of heat from all sides. That’s why the best pizzas have those beautiful charred spots on the bottom - they’re getting cooked from underneath as well.

To reheat a pizza, you need to take the same approach. Heat your oven to 350˚F, and place the pizza on a piece of foil. Place the pizza with the foil base onto an oven rack, and bake for about ten minutes, or until the cheese is melted well.

Pizza Hut has a long heritage of great pizza making bellies happy across the US. As we said earlier in the article, they opened their first US store in 1958. If over sixty years of consistently topping the market doesn’t tell you anything, then we aren’t sure what will.

The base is often thicker than other pizza chains, leading to a more stodgy. If you prefer a thin, New York style crust, you may not like the Hut. Pizza Hut does offer both pan and thin crusts, but even the thin crusts can sometimes be too thick for some people’s liking.

A great range of sides and dips, to the extent that people sometimes commend Dominos based entirely on their garlic and herb dip. The dip is so good, in fact, that it has recently started to be sold, bottled, in supermarkets across the UK.

Often quite pricey compared to other pizza chains for a comparable amount of food. While most pizza chains allow you to bring the overall price of your order down with deals set by the specific store you’re ordering from, Dominos deals are often not as good as their competition.

Typically great value for money, as they often have deals that are operated by both the overarching company, and the smaller store that you’re buying from. They also run deals that tie into real-world events more often than other pizza chains do, for example, they ran a very famous deal campaign during the 2018 world cup which offered a huge volume of food (a 16” pizza, two sides, a cookie dough, and a 1.5L bottle of soda) for the same price as two of their regular pizzas.

Poor range of toppings. The toppings that Papa John’s offers are generally of higher quality than other pizza chains, but there’s nowhere near as much variety. To appeal to as many people as possible, more toppings options are often better.

Strangely, the opposite is true with sauces - they offer a number of different sauce options for pizza, all of which are renowned to be great options.

The high overall quality of pizzas due to a better approach to pizza making - have a small menu, and make sure that what you serve is good.

Not many options for sides or desserts. Typically you’re limited to garlic bread or wings in terms of sides. While those sides are great and classic, they don’t offer a lot of variety.

Wide range of different foodstuffs on offer, from creative base pizzas to stuffed and lighter pizzas. The stuffed pizzas are a very creative idea that we haven’t seen anywhere else.

As much as this might be a nitpick: we’ve consistently heard bad things about the amount of cheese of Papa Murphy’s pizzas, so perhaps the menu could do with an additional sprinkling or two. In stark contrast, we’ve heard great things about the cheese at Pizza Hut and Dominos.

Do you want to make your own Pizza? Here are some delicious recipes

Coming in a wide variety of shapes and sizes like round, square, deep dish, personal, to large there is one for everybody. One of the best things about...

Check out our Homemade Pizza Dough Recipe before preparing a delicious pizza.Making pizza at home is easier than you think. With the right ingredients...

Check out 5 Cities Hosting the Best Pizzas in the World

We all love sweet things, but we now know sugar might not be the healthiest ingredient...

How To Make Flax Eggs?

Not everyone can or wants to eat chicken eggs. And when it comes to vegan substitutes,...