How To Make Tamales?

Tamales are a classic dish from what was called Mesoamerica. We’ll fill you in on everything you need to know in no time - from ingredients to everything else. 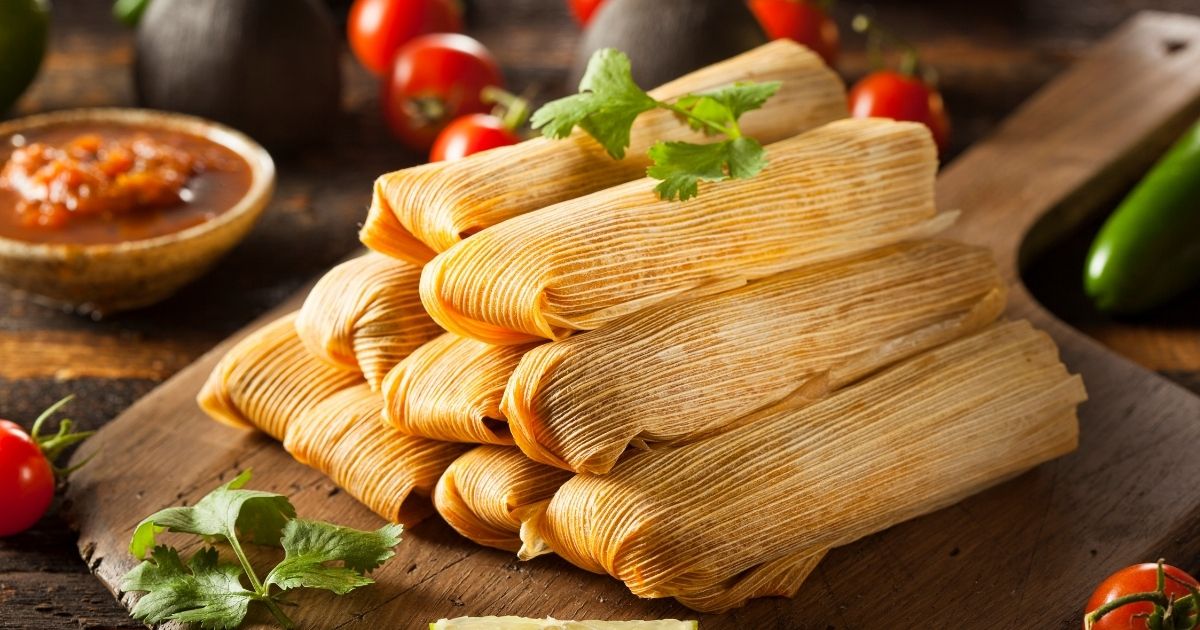 Tamales are one of the most versatile and delicious dishes in the world, and they’re adored by millions of people. The fillings can vary widely, but generally speaking, they’re a dumpling-style filling made with masa dough and stuffed with meat or beans and cheese.

Interestingly, they’re steamed within corn husks - which is a wonderfully green use for them, and reduces any kind of food waste from trimmings.

All around the world, a huge number of cultures have invented and perfected a number of stuffed, dough-based dishes. There are ravioli in Italy, dumplings in China, and tamales in Central America.

Tamales are made up of a filling, as well as a masa dough shell which is, itself, wrapped in a corn husk.

Typically, the filling is seasoned with what we might consider a ‘classic’ Mexican seasoning blend: earthy, warming, and gently acidic. Typically, this filling can consist of many things, from meat to beans, and typically includes a little bit of cheese, too.

The masa dough shell is soft, thick, and doughy. It’s a basic dough, and it’s one that we find deeply easy to eat an awful lot of. Because it’s steamed within the corn husk, the outer shell of the dough isn’t crispy at all - rather it’s delightfully soft and wonderful.

Gluten is only found in wheat, barley, rye, and triticale. As corn isn’t one of these grains, you can be sure that no gluten will be found in the grain, no matter how it is processed.

With that said, there may be some cross-contamination from other grains if the corn is processed in a facility that works with one of the above grains. If you have a fairly extreme intolerance to gluten, it always pays to double-check where the masa flour was produced.

How To Make Tamales?

Making tamales is a process that, while it isn’t simple, is straightforward and perfectly accomplishable once you’ve got all the ingredients assembled.

Start off by soaking your corn husks in a bowl of very hot water for around thirty minutes - this will soften them enough to allow you to wrap them around your dough and filling.

While that’s happening, you’d best make the filling for your tamales. If you’re planning to serve a lot of people, a cost-effective option would be beans and cheese. We’d suggest some refried beans (canned or homemade is fine) and some Oaxaca cheese - it melts wonderfully and would be delicious alongside some refried beans.

Once your filling is prepared, make the masa dough. This is a simple process - just combine your lard and broth until they’re homogenous and fluffy, and then add in the dry ingredients from your recipe and mix until a very soft dough is formed. You don’t need to worry about overmixing this dough as there’s no gluten in there, so simply keep on mixing until everything is properly combined.

While you’re preparing the individual tamales, cover the dough with a damp paper towel to prevent it from drying out.

Now, you must assemble your tamales. Lay a corn husk on the counter with the glossy side up and the wide end at the top. Scoop about a quarter of a cup of dough into the top center of the husk and spread it around until it’s about a quarter of an inch thick.

Place one to two tablespoons of your filling in a line down the center of the dough. Then, fold one long side of the husk over the filling, followed by the other side - similarly to how you might fold a leaflet.

Then, fold the tamale in half vertically, and once more in half horizontally, bringing the thin tail end up towards the top of the corn husk. Then, stand the tamales up vertically within the upper chamber of your steamer, and steam them for forty-five minutes to an hour.

Traditionally, beef is used for filling a tamale. It’s a really versatile meat, and when cooked slowly, it can fall apart in your mouth and give you a delicious taste and texture combination.

To make the beef filling authentic, make sure to slow-roast the beef, and it can then be shredded with your fingers - it will be so soft that you likely won’t even need a knife! Combine that shredded beef with some chilies, onions, garlic, and a small amount of potato. This will come together to form an ideal tamale filling!

Wrapping and steaming your tamales can be a little tricky. It doesn’t have to be, though!

To wrap your tamales, simply fold the two sides of the corn husk inwards, as though you were folding a leaflet. During the cooking process, they will steam such that they can be easily lifted off the dough, so don’t worry about any sticking.

How To Eat Tamales?

To eat tamales, simply unwrap them from the corn husk, and tuck in! We’d recommend using the husk as a wrapper, as the tamale itself will be extremely hot, and you’ll need a little bit of insulation to stop your hands from burning.

To be on the safe side - maybe grab a knife and fork to help you eat them more easily. We’d recommend serving tamales with some green salsa! It will help to lift the heavy dough, making them disappear all the faster.

The king of the dinner tables are soups! We all know the healing effect of soups....

Fusion cuisine is made of bits and pieces of different cultures. Ingredients and...

Top 5 Foods That are Good for Your Mental Health

The foods we eat in daily life not only affect our physical health, but also our...