Who can resist the perfect combination of chocolate and cherry in this classic Cherry Brownie recipe?

Chocolate Cherry Brownie has a sweet-sour flavor from moist and soft cake batter, intense chocolate and cherries. Serve this homemade brownie your whole family will love with vanilla ice cream or whipped cream.

Brownie is one of the simple but delicious desserts unique to American cuisine. Although there are many different combinations of brownie, Cherry Brownie is a completely different flavor that stands out from the others. Here is the recipe for Brownie with Sour Cherries, which is a wonderful dessert. Enjoy your meal. 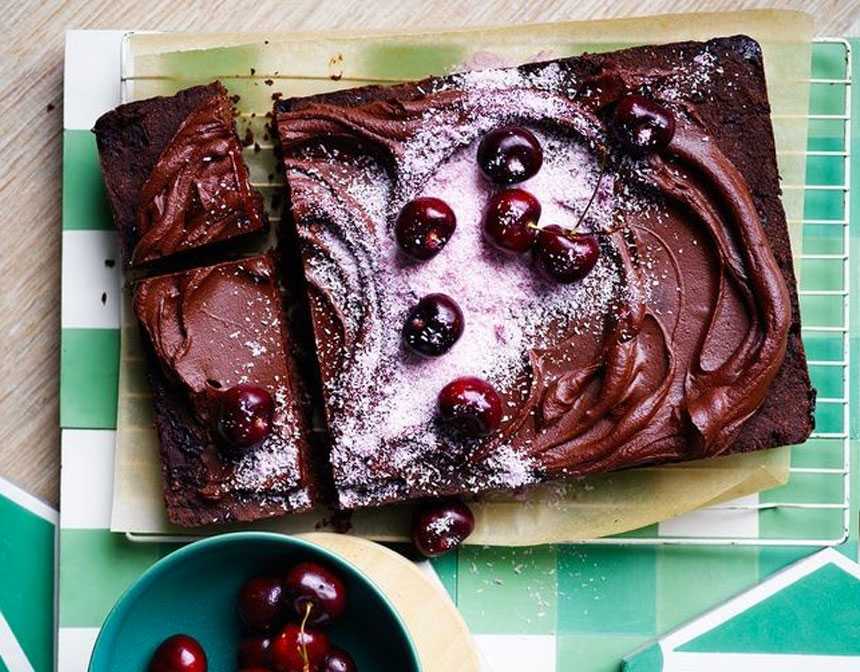 Photo By Delicious
Rate This Recipe

Where Do Brownies Come From?

Although the truth is not known exactly, there are two rumors about how brownie is made.

The first rumor is that brownie was the result of a mistake made like many other foods. As a result of forgetting to add baking powder to the mixture of a cook making a cake, a softer and more fluid cake appears. This favorite flavor continues to be made and eaten with flavor.

According to the second rumor, Brownie was a simple chocolate-free dessert consisting of a mixture of butter, eggs and sugar. For this reason, it was called "Blondie" because of its yellow appearance. After a while, it started to be made by adding chocolate and the name "Brownie" started to be used due to its brown appearance.

What Kind of Cherry Is Best for a Brownie?

You can use any type of cherry for this recipe. If using fresh cherries, remove the seeds and chop them. If using frozen or canned cherries, drain them before adding them to the batter.

What To Serve with Sour Cherry Brownies?

Here are our delicious recipes that you can serve with the Cherry Brownie:

How To Store Sour Cherry Brownies?

Allow homemade chocolate cherry brownie muffins to cool completely before storing.You can then store it in the refrigerator in an airtight container for up to 5 days.

Can Cherry Brownies Be Frozen? Yes. You can easily freeze these muffins. Let the cakes cool. Then wrap it in cling film. Place it in a freezer bag or airtight container. You can freeze it this way for up to 3 months.

How To Reheat a Cherry Brownie? Transfer the frozen brownie to the refrigerator the night before to thaw. Preheat your oven to 350 °F (175 °C). Warm the cake for 10-15 minutes.

The British must know the taste of his mouth. Desserts, which are among the most...

Sprinkle the granulated sugar on the pumpkins and leave for 1 night with the lid...

Quince and drop chewing gum, you won't be able to resist this duo. From the invitations...

The right address for a gluten-free and light dessert. This healthy and delicious...

Carrot Cake is one of the classic delicacies. This moist and soft textured recipe...

The Best Ice Cream Shops in The US