Along with tacos, tortas are a quintessential Mexican meal. Home-cooked or enjoyed on a street stall, these hearty sandwiches are always immensely satisfying. 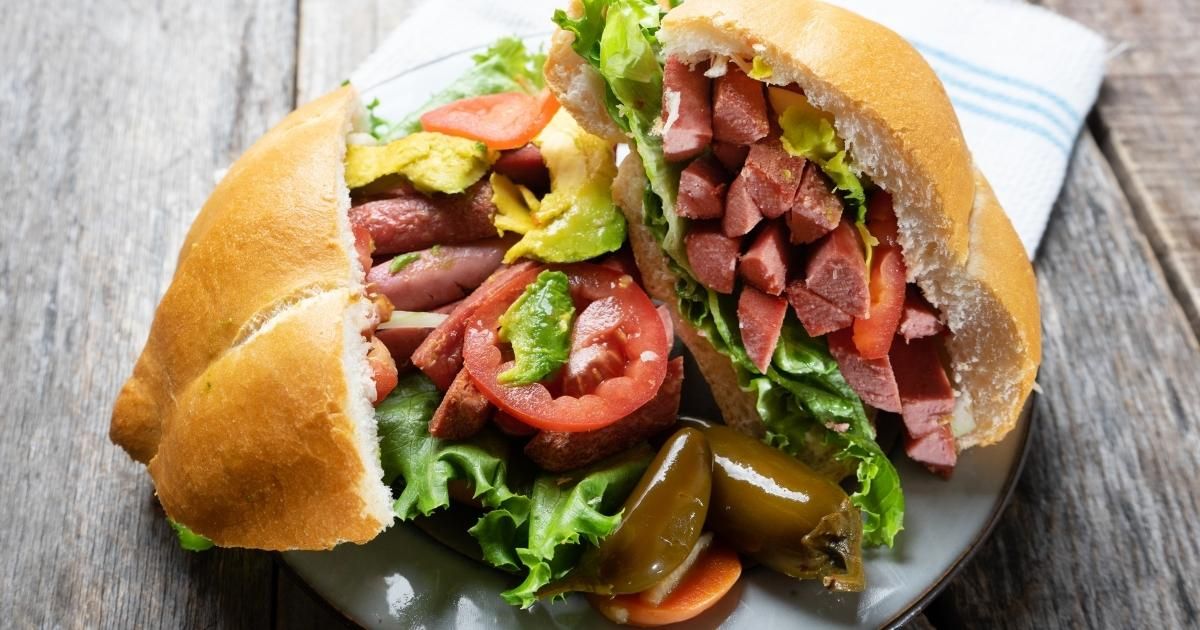 Tortas are unique sandwiches or subs, commonly found in Mexico as a quick, easy, but very satisfying lunch. There are dozens of types of tortas, though, and everyone has a favorite.

These are the most popular tortas in Mexico. Of course, it is now widespread worldwide! If you thought you knew sandwiches, think again. There’s definitely a torta for you.

Torta is a Spanish word with different meanings depending on where you hear it. In Spain, it means flatbread; in the Philippines, the term is used for omelets, and in South America, tortas are cakes!

In Mexico, though, tortas are sandwiches, not just any sandwich, but hearty two-hand bites with many variations. Tortas vary widely depending on if you make them at home or get them at a specialty restaurant or Tortería. What all tortas have in common is bread. All tortas are made with “bolillo” or “telera,” football-shaped baguettes with a crispy crust and a tender core.

The History of Tortas

Tortas became a thing after the arrival of the Spanish conquerors who brought wheat bread with them. In Mexico, tortillas are the norm, but people found a place on their tables for bread. Still, bread was never typical in Mexican food (and it still isn’t). Only after filling a bolillo with cheese, veggies and meaty goodies that bread became prominent. The torta was born.

The first mention of a torta, as we know it, goes back to the mid-1800s. Legend says Don Armando, a humble restaurateur, created the first torta in 1892 in Mexico City, and the rest is history. You can still visit Armando’s torta restaurant.

What Are The Types of Tortas?

Every torta restaurant in Mexico has a varied menu featuring dozens of different tortas; some are filled with sausages, others with slow-cooked pork, some are packed with scrambled eggs, and others have all the above.

Tortas often come with a spread of refried beans, avocado slices, tomato and lettuce. Jalapeño peppers or chipotle sauce are also a must, but it’s the combination of meats and cheese that makes every torta unique. You can also make tortas at home, although they never taste like the real deal, as it takes years of practice to pack so many ingredients in a bun!

This is the single most common type of torta in Mexico, one you’d make for your kids to take to school. Typically, this torta is made of a bolillo with a spread of mayo and refried beans. Ham and cheese are the main ingredients, making it a budget-friendly and filling lunch alternative, particularly favored by kids.

The torta jamón is also the least expensive torta in torta restaurants. Of course, when the torta is heated on the grill and all that cheese melts, this one is as good as any other torta out there.

This type of torta is amongst the most fashionable, as it’s an entire meal to grab and go. In Mexico, a milanesa is a veal or chicken cutlet, breaded and deep-fried to golden perfection. The cutlet’s flat shape makes it a perfect torta filling.

To assemble one of these, cooks spread beans on the bun, sandwich the uncut cutlet and top it with lettuce, tomato slices, onions and avocado. Pickled jalapeño peppers are also universal, although pureed chipotle salsa is also typical. This one’s amongst the most satisfying types of tortas for the cutlet’s crispy texture and rich, greasy flavor.

The torta ahogada or drowned torta is a specialty in Jalisco and its capital city, Guadalajara, near the country’s Pacific coast. This local specialty is a bun filled with slow-cooked meat. What makes it unique is the drowning process — the sandwich is submerged or bathed in a spicy and tangy sauce and topped with pickled onions. The bread softens as it absorbs the flavorful seasoned sauce.

The filling for this type of torta may vary. Some people might even stuff their bun with offal or seafood. The options are endless, but the result is always the same, a soggy sandwich that catches you off guard.

The pambazo is a flavorful and budget-friendly sandwich typical in many parts of Mexico, especially Puebla and Veracruz. People fill soft bread with sautéed potatoes or a combination of potatoes and chorizo sausage, making this type of torta genuinely filling.

Minced beef, beans and fresh cheese are common ingredients in this otherwise uncomplicated torta. The sandwich, though, is still not ready yet — one must dip it in a spicy red sauce to bless it with a bright red color and a savory flavor before serving. The result is not soggy, though, but mildly bland. Topping a pambazo with shredded lettuce is not uncommon, adding a crunch to the otherwise tender sandwich.

This is the mother of all tortas. Still, a Cuban sandwich might look different depending on where you order it.

Not dissimilar to the Cuban sandwich, created in Tampa and Key West, Florida, one of the critical ingredients in this type of torta is the sliced pork roast. However, in Mexico City, Cubana tortas often contain all the ingredients a torta restaurant has on the menu.

This type of torta is a breakfast specialty offered by street vendors to students and people on their way to work. This one’s carbs are filled with carbs, making it a calorie-rich breakfast to keep you satisfied all day.

The filling in this type of torta is not complicated; the bun is stuffed with a tamal, a corn dough fist-sized steamed dumpling filled with shredded pork or chicken and bathed in hot sauce. A tamal is already a hearty breakfast. Now, tucked inside a bolillo bun, you’ve got yourself the most satisfying torta in the country.

Of course, there are many other types of torta in Mexico. In fact, every specialized restaurant has its own recipes. And yes, people at home also make tortas for lunch when they don’t feel like cooking.

After all, tortas are a type of sandwich, and like every other sandwich worldwide, tortas are all about putting together a quick and easy meal. What’s your favorite type of torta?

Steak Torta is one of the popular street foods. It is a Mexican sandwich prepared with meat, vegetables and spices in a roll of bread. In the classic recipe,...

Burgers are the ultimate comfort food, but although they’re all delicious, some...