5 Types of Edible Seaweed and How To Use Them?

Edible seaweed is sustainable, healthy and tasty. To cook with it, you must know all about it. 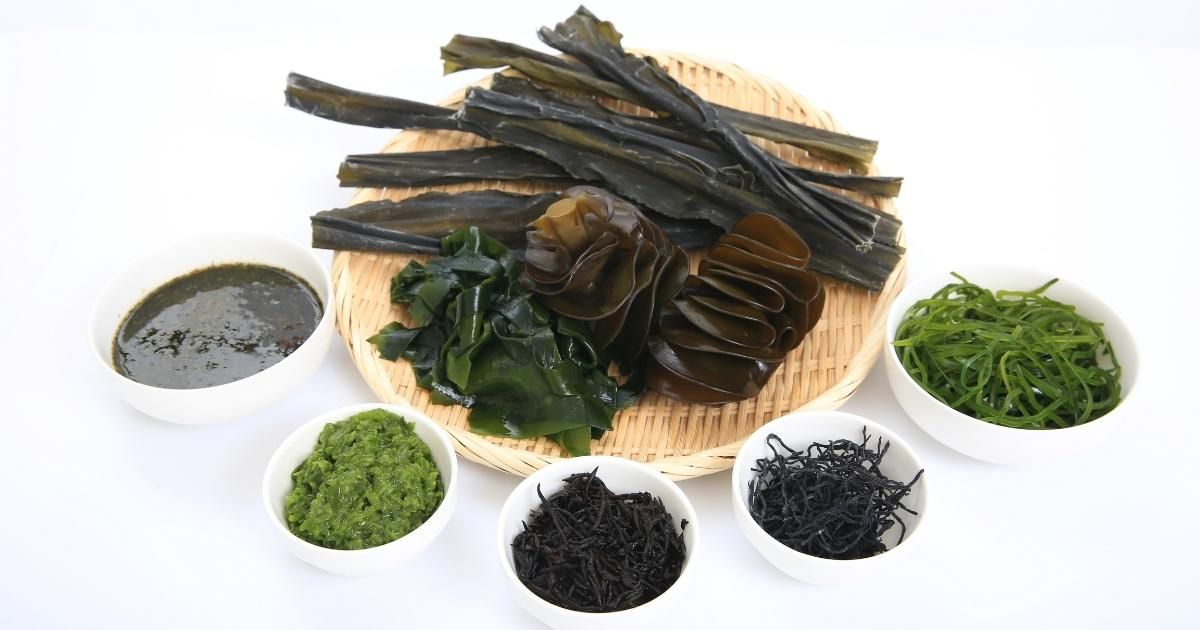 Seaweed is an authentic superfood, and although millions of people already use edible seaweed in their cooking, many of us still don’t know that much about it. Well, let’s do something about it.

Here’s all you need to know about edible seaweed, its health benefits and the types of seaweed you can add to your diet today. Let’s talk about seaweed.

What Is Edible Seaweed?

Seaweeds are algae, and there are thousands of them. The oceans thrive with marine plants, and freshwater lakes and rivers have their own seaweed as well. There’s an entire seaweed kingdom we’re just beginning to explore.

Not all seaweed is edible, though, just like you can’t just eat any plant inland. Edible seaweeds are safe to eat and have nutritional value. Most of the time, they’re pretty tasty as well, and like any other vegetable, edible seaweeds are versatile in the kitchen!

Here are the most common types of edible seaweed and how to add them to your diet. For flavor, nutrition and color, seaweed is an excellent ingredient!

Is Seaweed Healthy To Eat?

Seaweed is consumed worldwide, but it’s much more common in Asian cuisines. Of course, Asian food, particularly Japanese food, is amongst the healthiest, and seaweed plays a big part in it.

What Are The Types of Edible Seaweed?

There are many types of edible seaweed, many of which we haven’t even begun to explore. Still, there are five types of edible seaweed with commercial significance, and they are more or less easy to find. Most of these aquatic plants are part of the Japanese repertoire, but many cultures worldwide consume seaweed to some extent.

If you like sushi, then you already know about nori. Nori is a green algae harvested, pressed, and dried into thin sheets. Sushi chefs use them to roll sushi, but nori seaweed is common in China and Korea as well.

You can add nori to soups and broths, stir-fries, and fried rice. When moist, nori sheets become soft and elastic. And although nori is not all that intensely flavorful, it does have a sea-scented taste and an attractive marine salinity. When dried, nori sheets are very fragile, so handle them with care. Also, keep your nori sheets in an airtight container away from moisture.

Kombu is another Asian seaweed widely used in Japan. This is a chief ingredient in the famous dashi — the broth that gives miso soups and ramen life.

Kombu seaweed is related to kelp, and it’s thicker and firmer than nori. There are at least eighteen kelp varieties worldwide, but the most common is the one found on the Japanese shores.

Eating fresh kombu with some types of sushi, like sashimi, is not uncommon, but you can also find the seaweed in dry form, pickled or even as a fine powder to make tea. Kombu has many uses, and sometimes it’s even hard to recognize. This is one of the most common non-animal ingredients in Japanese cooking.

This type of edible seaweed is easy to spot — it’s brown. And although brightly green seaweed looks prettier on the plate, hijiki is one of the most flavorful edible seaweeds out there.

Hijiki thrives on the Japanese shores, and you’ll most likely find it as dried, thin strips. Once hydrated, hijiki has an intense, earthy flavor with sea scents compatible with vegetables, fish and rice. This variety is also consumed in China and Korea — it’s almost always served as a side dish or condiment for the main course.

Japanese people attribute many health benefits to hijiki, although some reports show there might be too much arsenic in the water vegetable. Nothing that should worry you, though.

Wakame is also a type of kelp from the coldest Pacific waters. You’ll find it all around East Asia, and it’s mainly used in soups, broths, stews and salads. You might know wakame as sea mustard or sea fern, but you might also recognize its flavor. Wakame is salty and leafy, but somewhat sweet.

Wakame is a popular salad vegetable. You might already have tried it with tofu or in miso soup — you might even mistake it for spinach, but wakame is not nearly as bitter as the leafy green. Lately, wakame has been treated as an invasive species, so you’ll help the environment by consuming it!

Irish moss, known scientifically as Chondrus crispus, is a red alga that thrives in the Atlantic Ocean, from Europe to America; of course, it’s prevalent in Ireland.

Irish moss is one of the most popular non-Asian edible seaweeds. And although you can eat Irish moss, most of it is now turned into carrageen, an all-natural thickener found in many foods. Interestingly, Irish moss is also a stabilizer in ice cream, and it can help clarify beer.

And yes, people also cook with Irish moss, although it’s not as common today. Wellness enthusiasts still consider seaweed a great supplement, and many people use it for its nutrition and alleged health benefits.

One of our favorite edible seaweeds is the umibudo or sea grapes. Instead of leaves, what you get with umibudo seaweed is clusters of pearl-like bubbles that resemble grapes.

The “green caviar” is a specialty in Southeast Asia and Oceania, and it’s extremely popular in Japan as well. As for the flavor, these tiny pearls burst in your mouth, releasing a pleasing sea flavor. It’s easy to picture this seaweed as a lovely topping for salads, but they also find their way into dressings and even sushi.

Seagrapes or green caviar, call it any way you want, but this edible seaweed is a must-try. Who knew seaweed could be so exciting?

Japanese rice balls, also known as onigiri or omusubi, are a hearty and easy snack. It is a good alternative to sandwiches for lunch. It is prepared with...

Nigiri Sushi is a type of sushi served with a sushi rice ball and any kind of raw fish - wasabi on it. It can be eaten in many restaurants and small sushi...

Tamagoyaki is a popular Japanese dish. It is made by rolling thin layers of spiced eggs in a pan. It's usually prepared in a makiyakinabe or tamagoyaki,...