Make your special days or dinners enjoyable with Irish Whiskey Punch. This cocktail, which you can prepare hot or cold, is a great drink blended with the delicious aroma of Irish Whiskey.

Irish Whiskey Cocktail is a recipe with a high alcohol content and sweet and sour flavors. It has a taste that is not too heavy. Depending on the Irish whiskey you prefer in the recipe, you can obtain a fruity, spicy, or smoky aroma. A cocktail in which you can taste whiskey while feeling these aromas ...

If you are a whiskey lover you are going to love this punch. You can make it for your house parties or just for a movie night at home. Even people who don't like whiskey maybe into this one. Maybe don't tell them the ingredients before they try it. Pamper yourself with this drink with your loved ones. Bon Appetit. 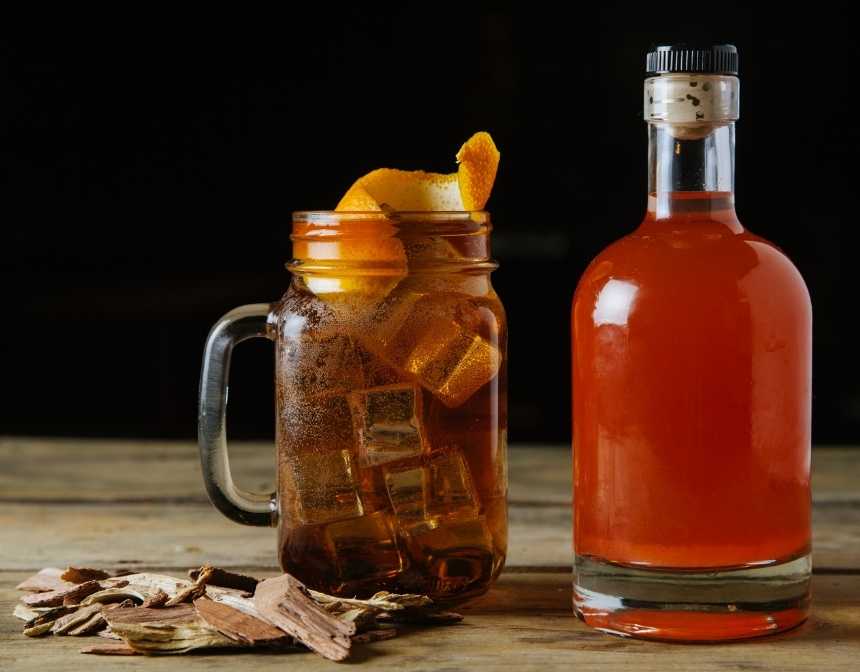 Punch is the general name given to alcoholic or non-alcoholic beverages that contain fruit or fruit juice. Punch is usually served in punch bowls. Drinks served in these large bowls contain natural fruit or berry flavor.

The word Punch means ‘five’ in Hindi. This word is thought to refer to five ingredients used in beverages: alcohol, sugar, lemon juice, water, and spices.

What is Irish Whiskey?

Irish Whiskey is made from yeast fermented malted grains (corn, wheat, barley). Irish Whiskey, obtained by distillation, is a light and smooth drink. Irish whiskey is produced entirely in Ireland. Its alcohol ratio is at least 40%.

What Is The Difference Between Scotch And Irish Whiskey?

In summary, these two types of whiskey have similarities and differences. We can say that the characteristics that distinguish these two whiskeys from each other are taste, production (distillation) and density.

If you want to make a Hot Irish Whiskey Cocktail recipe, add whiskey, water, tea, sugar and other ingredients in a medium pot. Heat the mixture for 10 minutes, stirring constantly, over medium-low heat. After the sugar melts well, take the pot off the heat. Transfer to heat resistant punch bowls. Serve by adding mint and cinnamon sticks.

What Are The Best Brands of Irish Whiskey?

The Best Irish Whiskey Brands with different flavors are:

How To Store Irish Whiskey?

In general, when storing whiskey bottles, keep them in a cool place. Variable temperature can cause the liquid in the bottle to expand. This can damage the fungus. Avoid areas with direct sunlight. Whiskey exposed to the sun for a long time may taste altered. Keep it straight. Although wines can be stored horizontally, this is not the case with whiskey. Place the bottle flat on the rack to prevent the cork from splintering.

If you like different flavors, pamper yourself with our Peanut Butter Coffee Recipe,...

Who does not like some healthy drink which is also fun to have! Smoothies, which...

In the time of social isolation, social media started to take more place in our lives....

Avocado Smoothie is a nutritious and delicious drink prepared with just a few ingredients....

Pumpkin Spice Latte or Pumpkin Coffee is a spicy coffee that you can prepare hot...

What about an icy whiskey cocktail that will refresh you on hot summer days? Try...