What Is Cilantro & How To Use It?

Cilantro is a unique herb behind some of our favorite dishes and sauces. Not precisely loved by everyone, cilantro is still worth knowing. Here’s all about it. 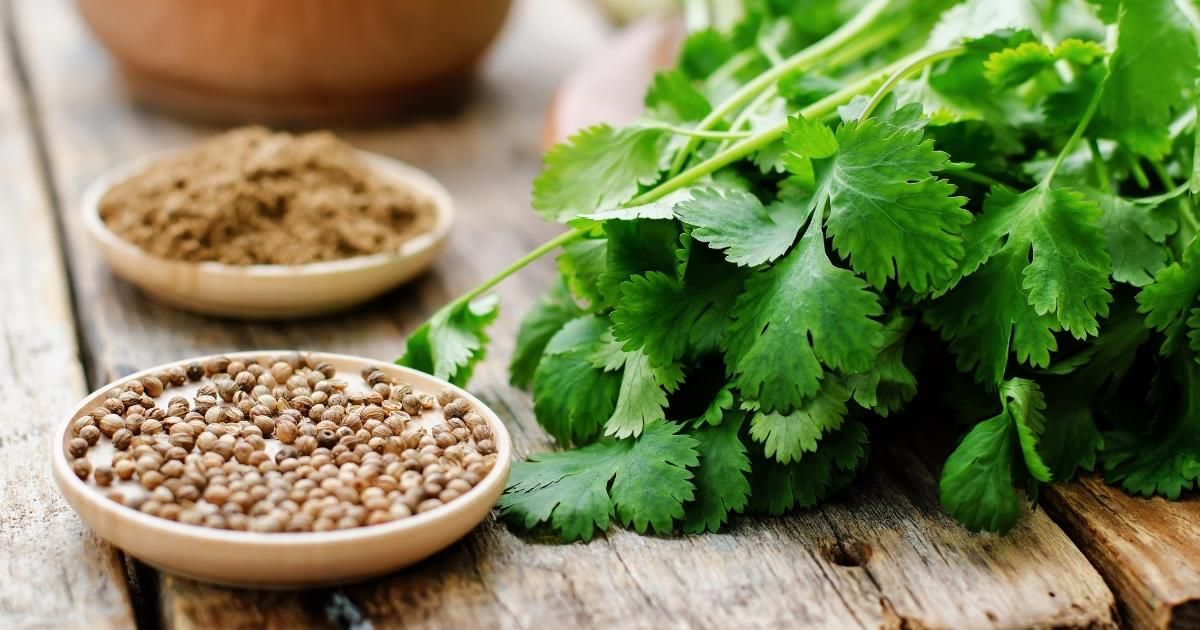 Not everyone loves the unique flavor of cilantro, but there’s no doubt the bright green herb plays a unique role in many cuisines worldwide. Cilantro is unlike any other herb.

Here’s all you need to know about cilantro and how to use it. This is one of those ingredients that can change your cooking for good!

Cilantro is a perennial herb. It is known as coriander and Chinese parsley, although this is no parsley. The plant is common in Southern Europe, North America and Southwest Asia, where it’s widely used. It's hard to say, although wild coriander is grown in many other regions, coriander was native to Israel.

We know that coriander has been widely consumed since the Ancient Greeks and became widespread throughout Europe in the Middle Ages. There is no doubt that it is one of the essential edible plants!

Let’s learn all about cilantro, its uses, benefits and flavor. Cilantro is a beautiful addition to your cooking and a must in many traditional cuisines in Central Asia and Latin America.

What’s the Difference Between Cilantro and Coriander?

Cilantro is the Spanish name for coriander, so cilantro and coriander are one and the same. They’re the same herb. Still, the term cilantro is often used when talking about the fresh herb. Interestingly, the term coriander is commonly found in recipes calling for the herb’s seeds, which are used as a spice. That’s right. Cilantro’s leaves are prized in the kitchen, but so are its seeds. Even the plant’s roots are sometimes consumed, mainly in Asian cooking.

Cilantro, the fresh herb, has an intense aroma reminiscent of citrus, pine resin, and (for some people) soap. The bright herb has an attractive lemony flavor that can be overwhelming sometimes, but it can give life to many dishes. On the other hand, coriander seeds are earthy, warm, spicy and citrusy, but not as much as the fresh leaves.

Interestingly, some people find cilantro too soapy, and it’s because they have a unique gene that makes it easier for them to detect odorant substances, not dissimilar to those used in detergents and soap. It is harmless to eat cilantro, even if it smells funny to you!

Unlike other cooking herbs, dried cilantro is not nearly as aromatic as the fresh herb, so it’s better to work with fresh ingredients. The seeds, though, are always dried, and you can find them whole or ground into a powder.

How To Use Cilantro?

There are many ways of using coriander seeds, as they’re prevalent in most curries, spice blends, adobos and other sauces worldwide. Coriander seeds are a common spice and an essential one as well.

Still, this time, we’ll focus on the plant’s leaves, or what we commonly know as cilantro. Cilantro is best consumed fresh, as the plant withers after a day or two, even if stored in the fridge.

Cilantro plays a special role in Latin American cooking, particularly in Mexico, where the herb is present in every salsa. Green or red, cooked or raw, cilantro is behind the most enticing salsas for tacos, enchiladas, and almost every other Mexican dish.

An easy way to cook with cilantro, mainly if you’re not used to the herb, is blending it with green tomatoes, garlic and white onion for a raw green salsa to give life to your tacos and quesadillas.

You can use the same recipe for cooked green salsas, more common for enchiladas and other Mexican main courses. You can cook cilantro along with the rest of the ingredients, but you can add it fresh in the end as well, with different results.

If you want a quicker cilantro recipe, make guacamole. Mash avocados and mix them with chopped cilantro, diced onion, tomatoes and a few green peppers. Guacamole is one of the most famous dips and a fantastic topping for tacos and burgers!

Of course, Asian cuisines also rely on cilantro for many dishes, including Thai noodles and Vietnamese Banh Mi sandwiches. And Asian cooks can also cook the herb or add it fresh as a garnish. In any case, cilantro has no substitute.

Don't be afraid to use cilantro. The strong aroma of the herb goes well with a variety of flavors and rarely spoils the flavor of food. Yes, coriander stalks are edible; They are as delicious as leaves and are often soft and lively.

How To Store Cilantro?

Storing cilantro is no easy feat. The herb is best enjoyed as fresh as possible, as it withers and turns yellow quickly. If you’re buying cilantro for the next day, keep it in a vase with fresh water. If you need to store it for a few days, store it unwashed between paper towels in a zip-lock, in the crisper drawer.

Wash cilantro before using, as it comes with some dirt, and the water used in cilantro farms is not always of the highest quality. Disinfecting cilantro is also a must, especially if eating raw. You can also freeze cilantro, but frozen cilantro is best if you’re cooking the herb. Thawed cilantro is no substitute for fresh cilantro leaves.

Now you know it. You can cook them or use them as a side dish.

Pineapple Salsa is a delicious side dish made with fresh ingredients. It is prepared with sweet, spicy and juicy fruits and vegetables. This easy-to-make...

Everyone loves chicken quesadilla with cheese, and this healthy quesadilla recipe is the ultimate Mexican dish. The melty cheese and flavorful filling...

Yaka mein is simple comfort food, recreating an Asian noodle broth to suit New Orleans ingredients and palate. The dish is the kind of recipe which is...

Tuna noodle casserole is an American pantry dish that you can easily make at home. This dish is usually topped with crispy potato chips, cereal, breadcrumbs...

Cooking without oil is no easy feat and choosing the right cooking oil for the job...

The term Gastronomy, first used by the French writer Joseph Berchoux in 1801, is...