Mamzana is a delicious tapas of Edirne region, which comes from roasted eggplant, indispensable for grilled dishes.

It is prepared with roasted eggplant, raw vegetables and yoghurt. It is also known as Rumelia eggplant appetizer. It is especially served on barbecued meat and chicken dishes. It is a very easy recipe to make.

Original Trakya Mamzana Recipe is made with yogurt. It is served with traditional garlic yogurt and olive oil. It is also prepared without yogurt in some regions.

It is one of the favorite flavors of Edirne cuisine. It is a dish from the Ottoman period to the present day. This appetizer served with yogurt is consumed as a salad in some regions. It is very appetizing with its presentation and taste. Get the harmony of meat and roasted eggplant with Mamzana, which you can easily prepare at home. Bon Appetit. 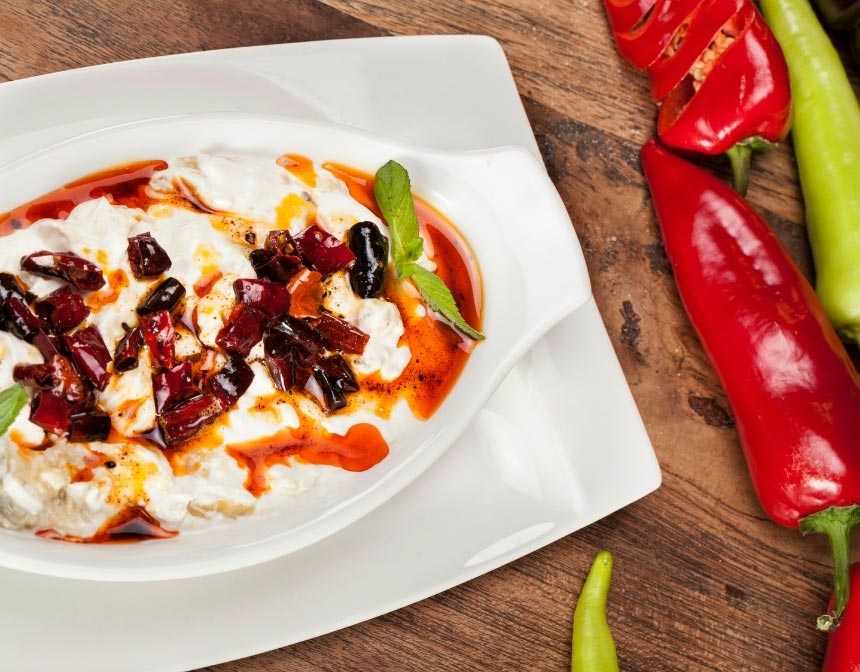 Which Region Does Mamzana Belong To? Mamzana is a tapas from Edirne, Turkey. It is made by mixing roasted eggplant and vegetables with yogurt. It is a practical and delicious Rumelia eggplant appetizer. It is estimated that its name comes from the Caucasian period. It is frequently consumed with dishes such as kebab, grilled meat and chicken.

Mamzana, whose original recipe belongs to the Thrace Region, is prepared with yogurt. However, Mamzana is also made without yoghurt in some regions. It is often mixed with Manca Salad, a flavor of Kırıkkale Region. The difference between Mamzana and Manca is that no vinegar is used in the original Mamzana.

How to keep roasted eggplant in the refrigerator? After roasting the aubergines, leave it to cool at room temperature for a while before putting them in the refrigerator. After the roasted eggplants have cooled, put them in refrigerator bags. You can put more than one bag piece by piece according to the piece you make. This way the eggplants will freeze better. After putting it in airtight bags, throw it into the freezer. You can store it for up to 1 year.

If yogurt sauce is added to Eggplant Mamzana, it should be consumed within1 day. If the sauce is not added, you can keep the roasted eggplant mixture in the refrigerator for 2-3 days.

How to Roast Eggplant?

Eggplant can be roasted in the oven, on an electric stove or directly on the fire. While roasting the eggplant, firstly you should wash it thoroughly and dry it. The roasting time of the eggplant may be longer if it is wet or moist. Another step to be done while roasting eggplant is to make small holes with the help of a fork. In this way, eggplant is cooked in a shorter time and gets better.

After roasting the eggplants, cover them for a while so that the skin can be peeled more easily. In this way, the skin will soften with its own steam. You can also put it in the refrigerator bag to make it easier to peel off. Another method to peel the skin is to cut the roasted eggplants in half with a knife. In this way, you can remove the inside with a tablespoon.

How to Prevent Eggplant from Turning Brown?

How about a soft, tasty liver sauté? There are a few things you need to pay attention...

Celery is a vegetable that is usually preferred by those who likes olive oil based...

You should try the eggplant that is beautiful in all extents with olive oil. It is...

This recipe is for you if you want to get a compliment with a few ingredients. This...

Cut the beet stems and boil for 50 minutes with the lid closed in a pot full of boiling...