Add flavor to your meals with this Sofrito made with fresh vegetables and herbs. You can make this sauce, which is easy to make and does not require cooking, in a food processor or blender.

Sofrito is a sauce or condiment used as a flavor base for many dishes in Spanish and Latin American cuisine. This pureed green sauce is perfect for adding flavor to dishes. It is usually prepared with green/red bell peppers, tomatoes, onions, garlic, and herbs.

Try this delicious sofrito recipe, which you can use in many dishes, from soups to sandwiches. 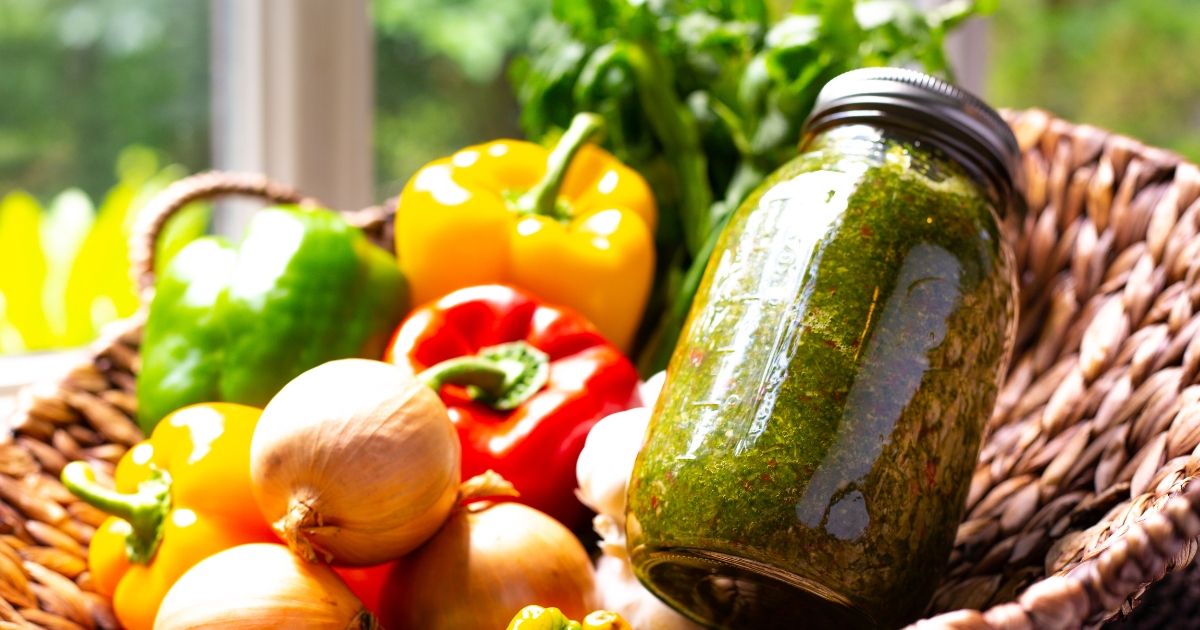 Sofrito is the main sauce or condiment used in many Latin American and Spanish dishes. It is usually made with ingredients such as onions, garlic, peppers, cilantro and tomatoes. Traditionally made by pounding in a mortar. However, a food processor or blender can also be used.

What Is the Difference Between Sofrito and Salsa?

Sofrito and salsa are sauces used in Latin American and Spanish cuisine. But these two sauces are made with different ingredients. Sofrito is made with ingredients such as onions, garlic, peppers, and tomatoes; salsa is made with onions, tomatoes, and chili peppers.

What Is the Difference Between Sofrito and Sofritas?

Sofrito is a traditional sauce or condiment used in Latin American and Spanish cuisine. It is also used as the base for many dishes, such as soups, stews, and rice dishes.

Sofritas is a Mexican dish. It is prepared by seasoning tofu with sofrito.

How To Make Sofrito?

You can make sofrito sauce in a blender or in a pan. To prepare this sauce by sauteeing,

What To Serve with Sofrito?

Here are our delicious recipes that you can serve with sofrito:

How To Store Sofrito?

Bunuelos Sauce is a Mexican syrup served with bunuelos, fried dough. Made with cinnamon...

Gremolata or Gremolada is an Italian sauce made with fresh parsley, lemon zest and...

Wash the basil and seperate the leaves. Drain the leaves.Grate the parmesan cheese.Turn...

Sift the flour with 3/4 cup of water. Cook until the consistency of custard. Place...

A rich chilli sauce which is classically used as the base of Mexican enchiladas....