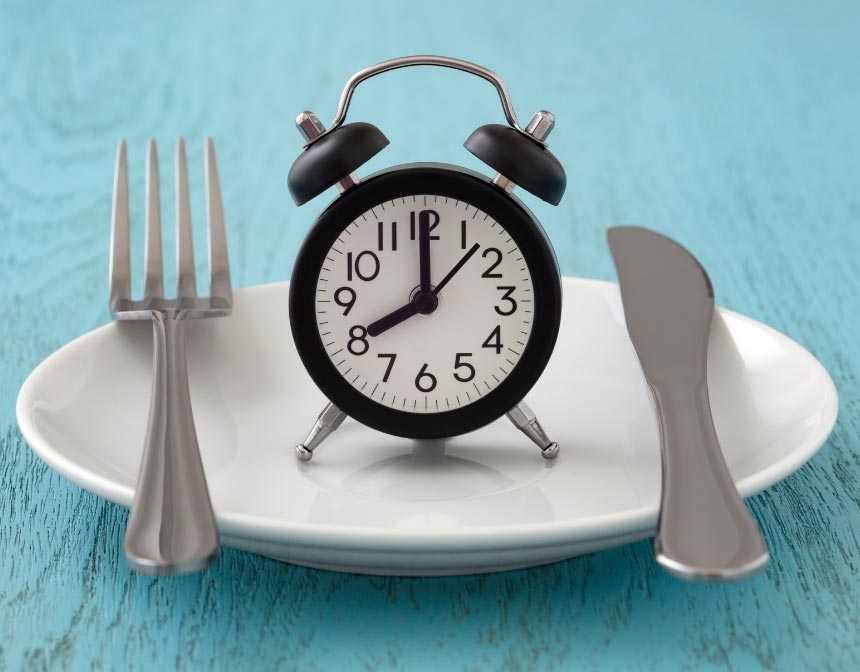 Commonly, an intermittent fasting routine could involve a sixteen or twenty-four hour fast, twice per week. This leads to a calorie deficit over time, allowing for weight loss and overall simplification of the maths typically involved in weight loss.

If truth be told, the most complicated part of weight loss has, for a long time, been the mathematics involved in the surprisingly complex process. For example, you may need to calorie count for every single meal and snack you have while also calculating the number of calories burned on the run you just went on. Aside from being complex and difficult to understand, this amount of paperwork is simply boring. Thankfully, intermittent fasting can eliminate that.

Fasting has long been a component of human eating patterns. In ancient history, hunter-gathers simply didn’t have access to a ready good source at all times, so they were forced to have periods of time in which they went without. Hence, the human body has evolved to be capable of fasting for extended periods of time. An argument could even be made to say that fasting from time to time is more natural than eating three or more meals a day.

While the above is a good nutshell description of intermittent fasting, there are a number of different methods that are very popular. These are the top three:

What are the benefits of intermittent fasting?

There are numerous benefits to intermittent fasting, and the best way to understand them is to get into detail about what happens to your body when you are fasting.

In a nutshell, your body adjusts various hormone levels and initiates assorted repair processes that do not occur normally. If you’d like a more specific look at the science, we’ve put together a few basic bits below.

The levels of HGH which are present in a body skyrocket during a period of fasting. They increase by as much as five times! This has a number of benefits, most notably for fat loss and muscle gain.

Insulin is the hormone that the body uses to monitor and control sugar levels in the body. When fasting the amount of sugar in your body drops drastically, and the insulin level, therefore, drops accordingly. Lower insulin levels in the body make stored body fat more accessible, meaning that stored fat will be metabolized, leading to fat loss. Over time, insulin sensitivity will improve, which has a number of benefits for your metabolism and general health.

When you’re fasting, your cells take the opportunity to carry out a number of non-essential tasks which, while important, are most easily carried out during periods of fast. Notably, the level of autophagy in your body increases. As you might be able to tell from the name, this is the process of old cells digesting and removing old, dysfunctional proteins that build up inside cells. Of course, this is great for your general health, as your body is, essentially, cleaning and maintaining itself.

Gene expression looks, at first glance, like a classic piece of technical jargon. Thankfully, though, it’s actually quite simple. At the most basic level, your body has a set of genes.

During periods of fasting, your gene expression can actually change for digestion-related genes. This is because your body might typically express certain genes in a certain way as it typically has a ready supply of fuel (in the form of calories). When that supply is cut off, your body changes gene expressions to continue proper function.

How Does Intermittent Fasting Work

The most common reason that people try intermittent fasting is for weight-loss. Intermittent fasting is, at the most basic level, a way to introduce a calorie deficit into your life. You’ll be carrying out the same amount of day-to-day tasks, but with less fuel available.

Therefore, your body will start to use up the energy stores that you have, in the form of fat. Over time, this leads to weight loss.

In addition to the benefits that we outlined above, there are a number of other hormone changes that are ideal for encouraging weight loss. One of these changes is an increase in the amount of noradrenaline in your system. Primarily, this hormone is used for burning fat. Because of hormonal changes such as this one, short-term fasting may actually increase your overall metabolic rate by 3.6 to 14%.

The weight-loss equation is a simple one, and it’s very well known: eat less, do more. What makes intermittent fasting a brilliant weight-loss solution is that it actually positively affects both sides of the phrase.

On the eat less side, the benefit is fairly obvious. By fasting for an extended period of time throughout the days and weeks of your weight loss journey, you’re simply absorbing fewer calories. Intermittent fasting does this part of the equation more effectively than a number of different diets as, quite simply, you’re eating zero calories as opposed to very few.

On the do more side of the weight-loss equation, the hormonal changes that intermittent fasting encourages have powerful effects. The increase of the noradrenaline hormone in your system, along with other hormones that are altered by intermittent fasting, leads to your body burning calories at, simply, a faster rate.

A 2014 review study actually went a step further and studied this under laboratory conditions. The study found that an intermittent fasting eating pattern can cause three to eight percent weight loss over three to twenty-four weeks. These numbers are impressive, especially when compared to other weight-loss studies.

The same study took a number of body measurements, including waist circumference. Over the course of the study, subjects who participated in intermittent fasting lost four to seven percent of their waist circumference. This, of course, shows a marked loss of belly fat - which is known to be harmful. The reason that belly fat is harmful has also been extensively studied - the consensus is that excess belly fat builds up around your organs and can cause disease if given time.

There have been a number of studies conducted over different types of fasting over the years, and they have all shown significant signs of muscle deterioration, due to continuous calorie restriction. Interestingly, because the calorie restrictions of intermittent fasting are actually lifted given a certain amount of time, this muscle loss doesn’t occur nearly as much as it does in other forms of fasts.

The core of the reason that intermittent fasting helps you to lose weight is that, overall, it helps you to significantly reduce the number of calories that you’re eating. If you eat extremely unhealthily on your eating days, or you binge on several extra meals per day during those times, you may not lose weight overall.

Here are some healthy recipes you can eat during your fasting

If you are a vegan, you love pasta, and you need some protein, this dish is perfect for you. One of our favorite vegan on Instagram, Charlotte (@veganveggieview)...

Branzino or Branzini is a type of white fish. It is also known as 'Mediterranean Sea Bass'. This sea bass species, which is especially popular in Italian...

This salad can be a nutritious meal for those who pay attention to their form and fitness. You can prepare it in 5 minutes, a salad recipe with fresh greens...

Buckwheat and Arugula Salad with Cashews

Salad is one of the indispensable elements of any cuisine. Although it varies according to the regions, this flavor found in every table is shown among...

Turkish cuisine is where interesting pairs come together. When you hear it for the first time, strange combinations can turn into extraordinary flavors...

If you are into different diets, make sure you checkout keto, another popular diet that has been trending lately.

Ramen is a huge sensation the world over. Instant ramen is found everywhere, and...

Strengthen Your Immune System Against Coronavirus

What is coronovirus?Coronaviruses are a large family of viruses that can cause disease....