An irresistible dessert with its creamy texture and caramelized crust: Crema Catalana.

Crema Catalana, also known as Catalan Cream, is a famous dessert from the Catalonia Region. It is one of the delightful flavors of Spanish cuisine. Cream Catalan, which has an international reputation, is traditionally cooked on the stove. It has a custard consistency. The orange peel, lemon and cinnamon sticks in it add a special flavor to the dessert. The creamy textured sweet is quite tasty with caramelized sugar topping.

In Spain, "Crema de Sant Josep" (Father's Day) is celebrated on March 19th. Making this Spanish dessert on this special day is a tradition.

You can make a difference with this light and haunting dessert. Try the Cream Catalan dessert, which has a unique flavor! Check out our recipe that will help you make Cream Catalan easily at home in 8 steps! 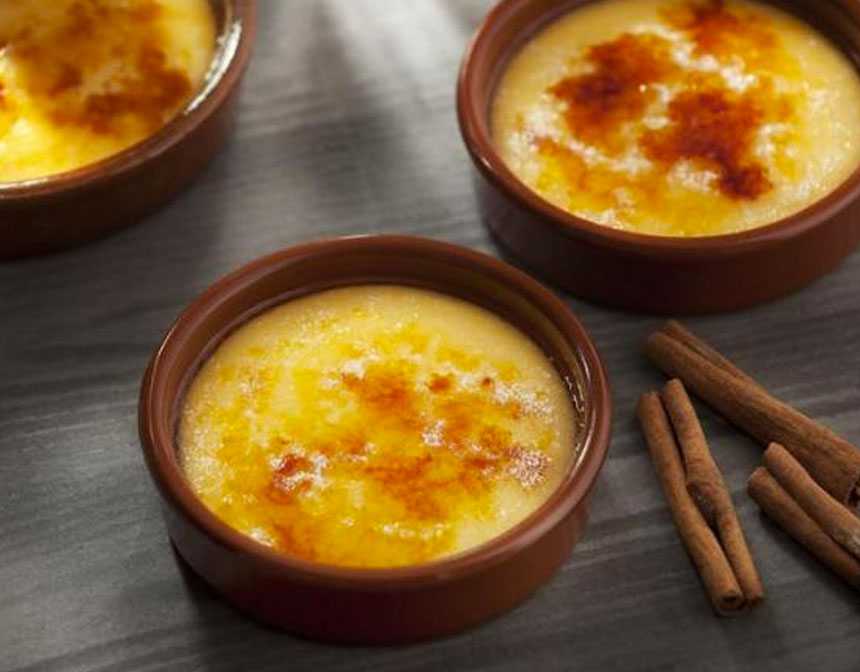 What Is The Difference Between Crème Brûlée and Crema Catalana?

Crema Catalan is a dessert that belongs to the Catalonia region of Spain. It is among the oldest dessert recipes in Europe. It is a traditional flavor known since the 1300's.

Creme Brule (Crème brûlée) is suggested to be of French and English origin. It has been known since the 1600's.

What To Serve with Crema Catalana?

Here are our delicious recipes that you can serve with Crema Catalana:

A flavor enriched with espresso, mascarpone and brandy! You can easily make this...

It is a practical candy to color cookies and delicious desserts.

Carrot Cake is one of the classic delicacies. This moist and soft textured recipe...

While beignets are common in both French and Creole cuisine, this recipe differs...

"Zeppole" or "Italian Donuts" are deep-fried dough balls. Although the ingredients...