How To Use An Instant Pot?

Instant pots can make life in your kitchen so much easier, and we’re going to give you some of the most important facts about your new favorite appliance. 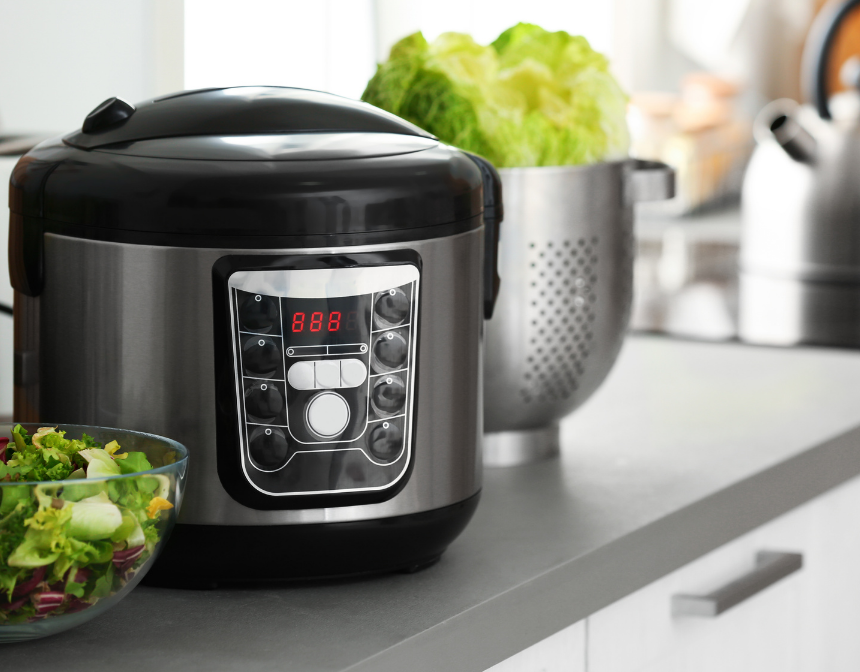 Instant pots have truly taken the world by storm - everyone wants one, and people love seeing them in each other’s kitchens. It’s true, though, that they’re stupendous. They can cook quickly, and with a wide margin less power too. Now that we’ve convinced you that getting one is a great idea, what do you need to know about the appliance itself?

What Is An Instant Pot?

Instant pots are a specific brand of multicookers. These multicookers can save a lot of space and time in your kitchen by doing a lot of jobs all in one place, at once time. This means that, for example, you could use the same appliance to cook rice as you might use to make yogurt. While that’s a very specific use case, it is an accurate one too.

The thing that makes an instant pot so different from other, similar appliances is that they do all of the things they claim to do. A number of appliances often list a set number of features on the box, and then fail to deliver on them. For example, a lot of microwaves might claim to have ten or twenty features, but in reality, all they’ll really be used for is reheating leftovers.

By comparison, instant pots are very well known for delivering on even the least-used options that they offer. For example, some models can be used to sterilize baby bottles - that’s not something you can mess up. Therefore, the models work wonderfully on a host of different features.

How To Use an Instant Pot?

Well, using an instant pot is largely the same as any other pressure cooker out there. You’ll need to get started by adding in the food that you want to cook, followed by a splash of extra liquid. Then, set the timer, and walk away!

When getting started with an instant pot, you’re best off using recipes designed specifically for the instant pot. You can try Sushi Rice or Steamed Brussels Sprouts. These recipes will have measurements designed for specific appliances, and can help you to ensure that you’ll get a great finish every single time!

There are two things that you might need to bear in mind when using an instant pot: additional liquids, and the time it takes to come up to pressure.

Firstly, let’s discuss the use of additional liquids. Instant pots create pressure within the cooking vessel by evaporating water. As the water evaporates, it turns to steam. Ordinarily, that steam would occupy more space than the liquid water. However, the vessel is a closed system, so the steam cannot escape. This means that the pressure within the chamber increases, leading to a reduction in cooking time.

The time that your instant pot takes to come to pressure is also a factor worth considering. Generally speaking, instant pots take roughly ten minutes to come to high pressure. Of course, this is hard to pin down, but it works as a rough estimate.

Ten minutes might not sound like much, but it makes a lot of difference on a busy weeknight while you’re making dinner. Therefore, always bring some that ten minute extra into your estimations when using an instant pot, it’s a worthwhile factor to consider.

What's The Difference Between A Pressure Cooker And An Instant Pot?

Once the food in a pressure cooker is done, you can manually release the pressure with some kind of pressure release valve, or you can allow the steam to naturally release as it condenses within the pot, which now doesn’t have any heat being supplied to it.

An instant pot is a multi-cooker, first and foremost. While they can cook food in the same way as a pressure cooker, they sometimes don’t. At the user’s discretion, you can cook in a number of different ways, including slow cooking, rice cooking, and sauteing. This all takes place within one appliance, which, typically, is roughly the same size as a pressure cooker. This is, therefore, much more economical use of counter space.

What's The Difference Between A Steamer And An Instant Pot?

A steamer is precisely what it sounds like - an appliance designed to steam whatever you might put into it. These can be countertop, similar to an instant pot, or they can be stovetop, which you may be familiar with. They are typically towers of small baskets, and the bottom-most one has water in it. As heat is supplied to the base, the water evaporated, and the steam rises through the food, cooking it.

The difference between a steamer and an instant pot is that a steamer will generally allow the steam to escape from the top of the appliance. This means that you can see a small trail of steam leaving at the top of a steamer, whether from a spout or from any holes that it can find. Conversely, you cannot see steam leaving an instant pot until you open the valve - it is designed to retain steam in order to pressure cook food, meaning that any holes have been sealed.

Of course, we must mention that some models of instant pot can work as a functional steamer. These models work such that the food within the basket of the instant pot is steamed, and a trail of steam comes out of the top - the vessel is not sealed, so pressures cannot be achieved.

Ramen is a Japanese noodle and also a Far Eastern dish. It is made from wheat flour. Ramen is very popular in Asian cuisine. It can be prepared using instant...

It is a delicious and practical flavor that everyone loves to eat. It is a great pair meat dishes.

This is a stewed bean dish that is very popular in Turkey. It has been a favorite since the Ottoman era. If you are looking for a low budget dish that...

This exquisite member of French cuisine is a kind of dessert similar to custard. It is a light flavor that can be served after a rich menu.

It is among the easy and nutritious soups of Turkish cuisine. The source of protein is the great harmony of green lentils with noodles! It is a hearty,...

It is a practical recipe for those who do not want to consume processed, packaged products and who care about their health.

How To Make Pickles?

Before the advent of fridges and freezers, people pickled and preserved virtually...

What are superfoods? Well, we’re talking about nutrient-rich foods, often with...