American / From The Oven

These gluten-free cinnamon roll cake are the best cinnamon rolls you’ll ever try! They are soft, sticky, sweet, and almost impossible to tell apart from the wheat-based variety!

Looking for the perfect cinnamon roll recipe that is also gluten-free? We’ve got you covered. This recipe will show you how to make easy peasy cinnamon rolls that are gooey, fluffy, and super delicious!

And while you’re going to need some harder to find ingredients to make these gluten-free cinnamon rolls from scratch, we assure you they are worth it. 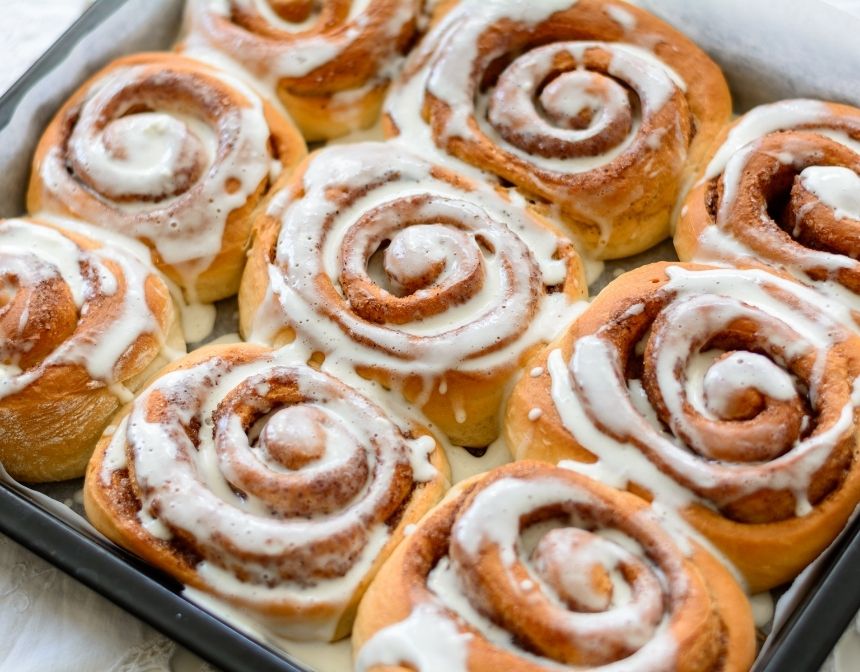 What Are Cinnamon Rolls?

The best cinnamon rolls are made by sprinkling a cinnamon-sugar mixture over a sheet of yeast-leavened dough, rolling, and baking. They are extremely popular in North America and Northern Europe and likely originated in Sweden sometime after the mid-1700s.

To make the best cinnamon rolls icing, beat 2 ounces of softened cream cheese and 7 tablespoons of softened butter with an electric mixer until creamy. Add in ½ teaspoon vanilla extract, and 2 tablespoons milk before gradually mixing in 1 ½ cups sifted confectioners' sugar and ¼ teaspoon salt until the mixture is fluffy and smooth.

What to Serve with Cinnamon Rolls?

How to Store Cinnamon Rolls?

Homemade cinnamon rolls can be stored for a couple of days in an airtight container at room temperature or in the refrigerator. To keep them for longer, freeze them wrapped in foil or saran wrap or in a heavy-duty freezer plastic bag. Then, reheat in the oven or microwave before use.

One of the most distinguished and diverse recipes of Turkish cuisine, this eggplant...

It is the favorite of tahini lovers, practical and delicious recipe. It gives energy...

Bagel is a classic delicacy. This doughnut-shaped bread is crispy on the outside...

You will not believe the harmony of intense chocolate with cherry! This cake, which...

Potato Bread is a type of bread made with mashed potatoes and flour. The firm crust...

Boil the spinach leaves, then strain and chop.Grate the carrots.Roast spinach and...