Delicious and creamy She-Crab Soup with seafood and a variety of spices!

She-Crab soup is a soup prepared by combining blue crab meat with cream and seafood stock. This seafood soup packs a bowl of flavor with its rich and creamy texture. 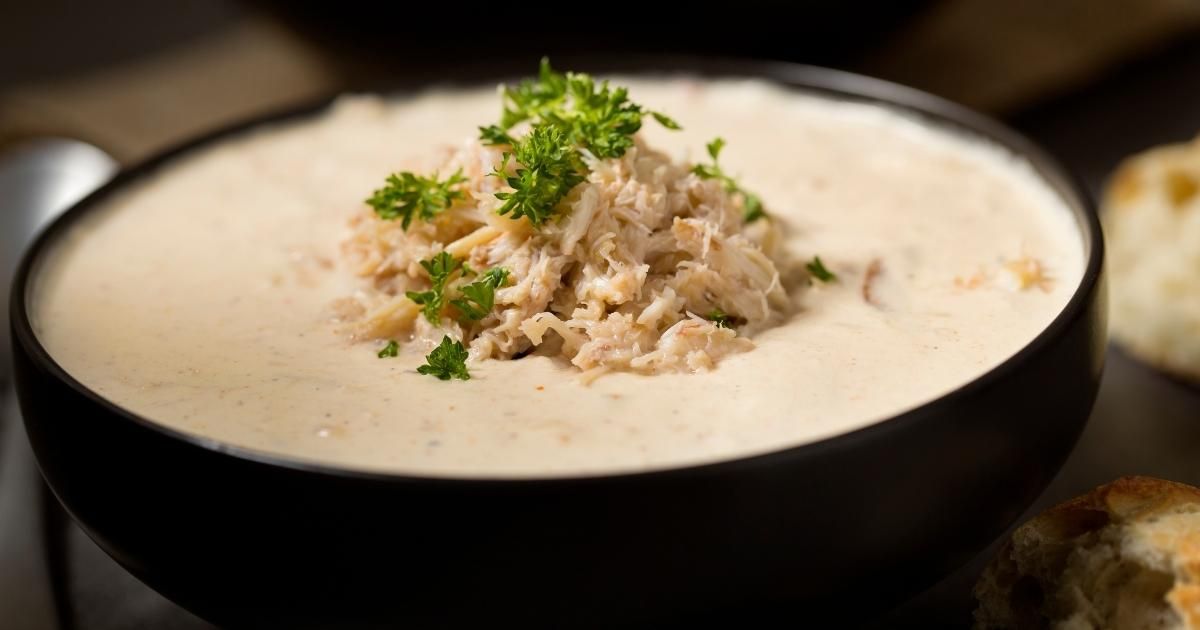 What Is She-Crab Soup?

She-crab soup is precisely what it sounds like—soup made from female crabs! This might seem like an odd distinction to make, but traditionally, she-crab soup was made with the eggs of crabs added along with the female crabs themselves. This created a slightly different final flavor than you would get in, for want of a better term, he-crab soup.

It can be tremendously tricky to find exclusively female crabs or crab roe if you live away from a spot where crabs are regularly fished. For that reason, no one would hold it against you if you weren’t able to get the specific type of crab.

What Type of Crab Is Used For She-Crab Soup?

The type of crab she-crab soup is typically a female crab, and sometimes crab eggs are used, too. This most certainly isn’t a hard and fast rule, thanks to the fact that it can be tricky to get exclusively female crabs. Instead, it’s a good rule of thumb.

To distinguish female crabs, look at the color and the underbelly. The claws of female blue crabs are red. Its apron is wide, rounded or triangular.

What To Serve with She-Crab Soup?

Here are our delicious recipes that you can serve with She-Crab Soup:

How To Store She-Crab Soup?

Use a plastic container to store female crab soup and remove as much air as possible. This will help you avoid freezer burn if you decide to freeze it.

Allow the soup to cool completely before closing the airtight container. Then put the soup in the refrigerator for up to two days. It is useful to be careful as it contains dairy products and shellfish.

Alternatively, you can freeze female crab soup for four to six months. In either case, allow the soup to come to room temperature and then heat it until it has completely evaporated.

It is one of the flavors of Turkish cuisine. It is a nourishing soup which is preferred...

It is a nutritious and satisfying soup that will warm you in cold winter days of...

Everyone will love this soup, which is both nutritious and delicious.

Hot and Sour Soup is a popular Chinese dish. It's made with vegetables and eggs in...

Corn soup is among the delicious and healthy soups. This soup recipe, which you can...