Century Egg is a traditional Chinese dish. Meet these popular eggs served as a side dish or appetizer.

Century Eggs are a type of egg prepared by soaking duck eggs in a mixture of salt, lime, and ash. It is also known as "Thousand Year Eggs" or "Preserved Eggs". These dark colored eggs have a creamy and gelatinous consistency.

You can prepare these Century Eggs, which you can find in the Chinese market, at home if you wish. You can serve the Century Egg recipe, which is compatible with many Asian dishes, with sauces or rice porridge. 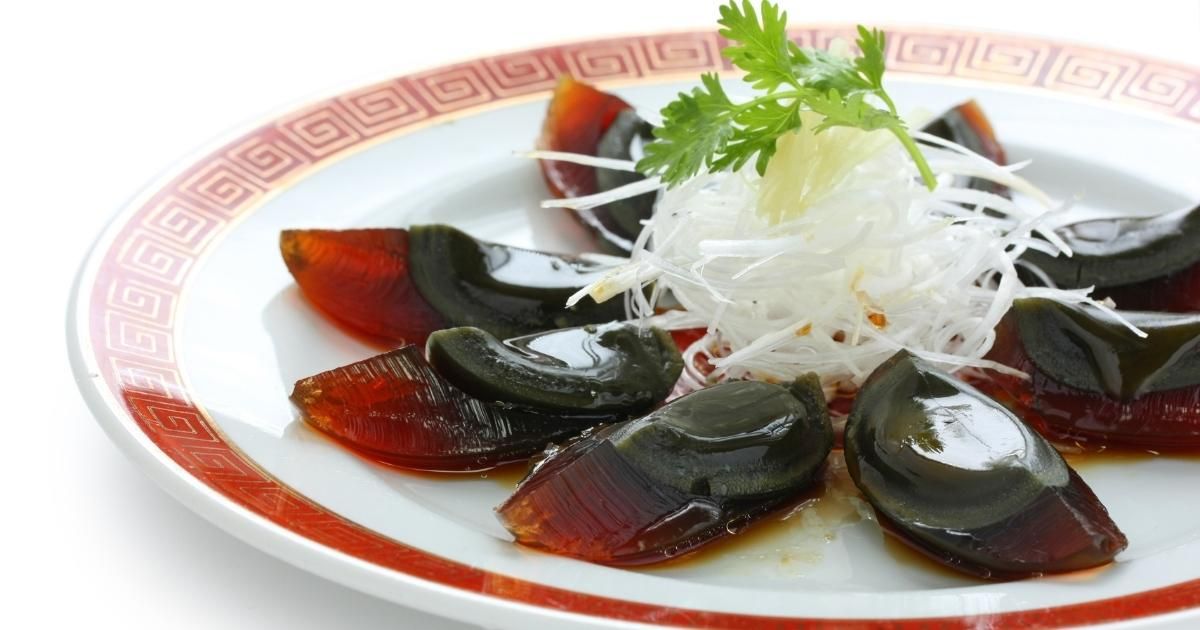 What is a Century Egg?

Century eggs are essentially eggs that have been "cooked" using the power of chemicals rather than the power of heat. Essentially, the eggs are exposed to alkalis which ferment the interior, denaturing the proteins to the point of being cooked.

Century eggs are made in Chinese and other Asian cuisines. It is a type of egg that is traditionally made by soaking in a mixture of clay, salt, wood ash, and quicklime. During this process, the outer egg white turns dark brown or black and takes on a gelatinous consistency, while the inner egg yolk becomes dark green.

Century Eggs are also known as Preserved Eggs, Millennium Eggs or Skin Eggs. Century eggs can be made from many types of eggs, such as duck eggs, quail eggs, goose eggs or chicken eggs. "Century Eggs" have a smooth and creamy texture.

Century eggs are safe to consume if done right. However, it is recommended not to consume too much.

Why Are Century Eggs Black?

This is a result of something called the Maillard reaction, which can be found nearly everywhere in cooking. This is the same reason that baked goods go from a pale color to a golden brown and, eventually, black if you bake them for too long.

How To Eat Century Eggs?

You can eat century eggs as you would boiled eggs, though make sure to peel them before consuming. In our recipe, the beeswax used is food-safe, though it’s not the kind of thing that you should eat a lot of. Plus, it has little to no nascent flavor, so it doesn’t enhance the eggs at all. Be sure to use wax that is safe and suitable for use with food.

What to Serve with Century Eggs?

You can consume Century Egg in various ways. You can add these hard-boiled eggs to congee rice porridge or slice them into salads. It also has a flavor that is compatible with tofu. If you wish, you can serve with sesame oil, pickled ginger, and soy sauce.

Here are our delicious recipes that you can serve with Century Eggs:

How To Store a Century Egg?

The best way to store century eggs is to keep them in the beeswax phase of the recipe above. They store very poorly once open to contaminants, so we would suggest keeping them encased in wax until you’re ready to eat them.

If you are looking for a healthy and easy appetizer next to the fish, you don't need...

Grilled Pineapple is a pineapple slice caramelized with brown sugar and oil/butter....

Shrimp Tempura is a Japanese appetizer of fried shrimp covered with tempura dough....

Beef tartare can be prepared at home with raw beef, egg yolk, capers and mustard....

You are having your friends over for an entertaining day and you want to impress...