Clam chowder is a special soup that's rich and creamy using milk or cream, has a salty broth, and uses bacon in the recipe. It can be served as an appetizer too. The best part is, the Clam Chowder soup is really simple to make. Even if you are new to cooking, your friends and family will be impressed when you make this recipe for them. Bon Appetit. 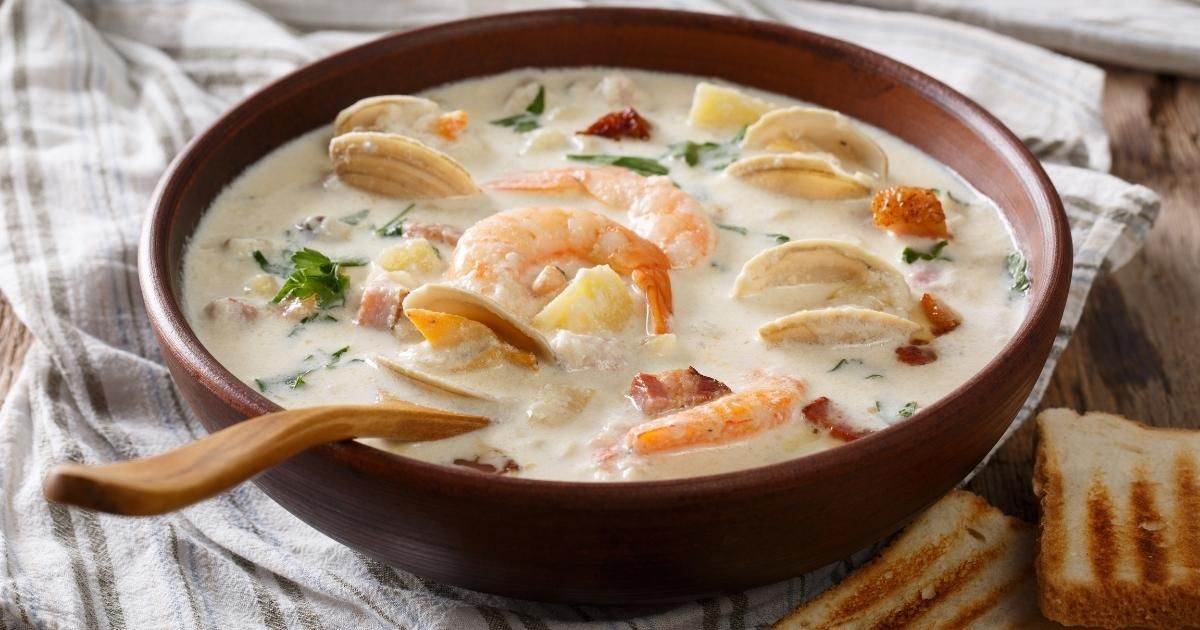 What is Clam Chowder?

Clam chowder is a type of soup made with milk or cream, clams, and vegetables like celery. It can also be cooked without the clam meat for vegetarians. It's traditionally served as an appetizer and packed full of nutrients such as Vitamin A (beta-carotene), vitamin C, calcium, and iron.

Clam Chowder is a cream-based soup with potatoes and a few other ingredients like Bay leaf, celery, cream, and all other good stuff.

Clam Chowder is a style of soup that originated in New England. It's typically made with clams (usually chopped), potatoes, onions, and other vegetables like carrots or celery. Milk or cream is often used to give it its creamy texture while other vegetables or spices like thyme, garlic powder, and onion salt are added to give it flavor. Bacon bits (or chopped bacon) can be used as a topping for the chowder when serving.

What to Serve with Clam Chowder?

Clam chowder is all about its savory and creamy broth. So it's usually served with a side of bread or crackers. Some other ideas include clam chowder fries, clams in the shell (a clambake), rice, cornbread, etc. It also can be served with salad or vegetables.

Here are our delicious recipes that you can serve with the Clam Chowder Soup:

How To Store Clam Chowder?

Clam chowder is best served fresh, but it can be stored in the freezer for up to two months. To store clam chowder soup, transfer cooled leftover soup into containers and place in the fridge until needed. Then when you're ready to eat them again, just reheat them on the stovetop or microwave with a splash of milk (if desired) and enjoy.

Originally called Caldo de Albóndigas, this soup is known as Albondigas Soup or...

Finely chop the capia pepper, boil with tarhana.Put yogurt in a bowl and add hot...

An aromatic and healthy soup. It is one of the local delicacies of the Indian cuisine....

Do not miss the soup that is a source of healing you can consume in all seasons from...

Split Pea Soup is a soup typically made with dried peas. It is a part of the cuisine...

Rinse the buckwheat, than place in a medium saucepan and cover with 500 ml of boiling...